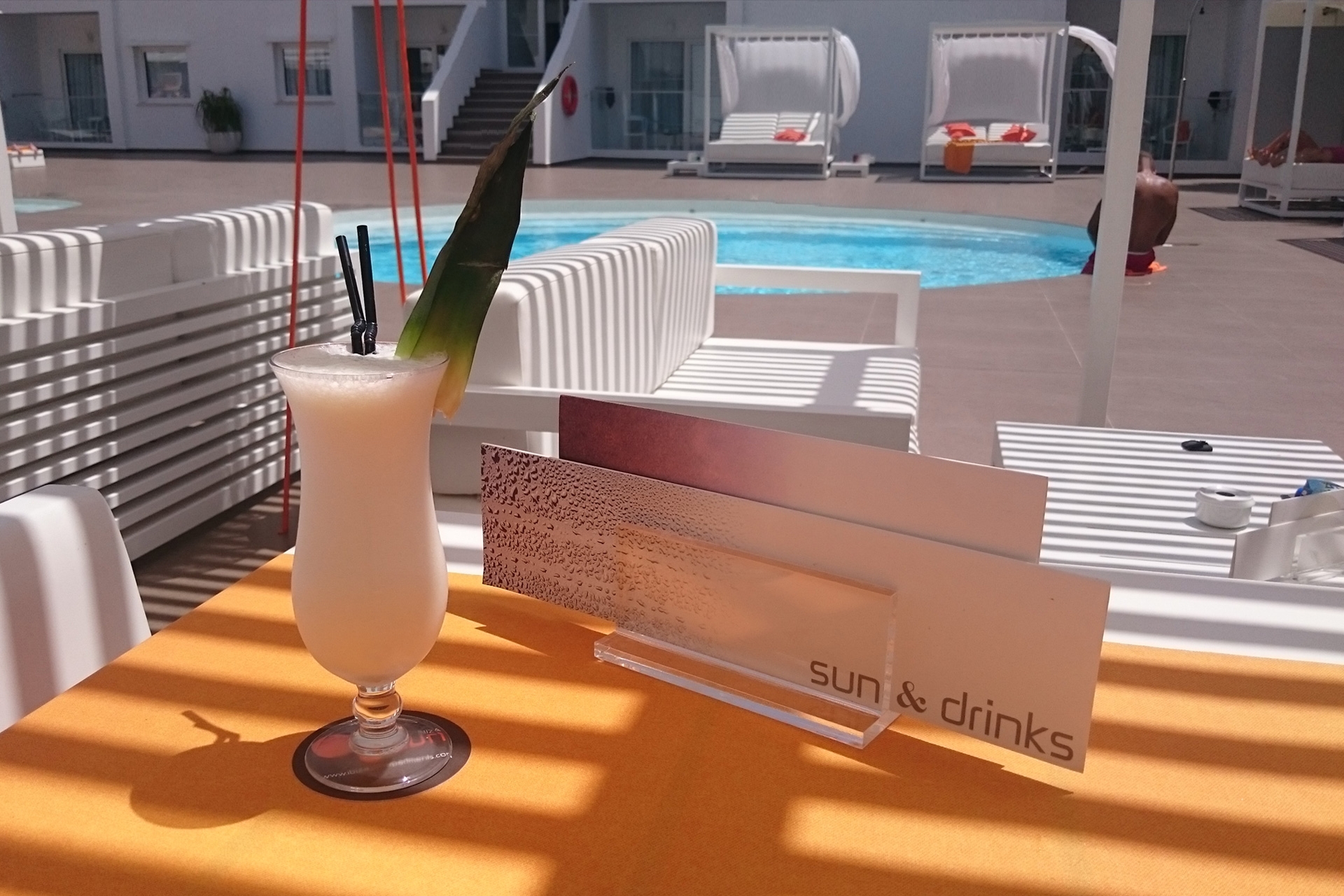 Although people first think that this drink comes from a tropical country, it was invented by Ricardo Gracia, born in Barcelona, in 1914. This businessman owned the most exclusive restaurants in Barcelona, whose customers were important people such as Dalí and Picasso. In 1951, he transferred these restaurants and became  the bar manager at Hilton Castellana in Madrid. As an accident, this drink was created three years later when he moved to Caribe Hilton in San Juan de Puerto Rico. Ricardo welcame the customers with a cocktail called Coco Loco (Crazy Coconut). he used a coconut as a container.

Due to the  harvesters strike, Ricardo Gracia had to modify the container, pineapple instead of coconut. The mix of pineapple, coconut, rum and ice was very successful  and became the symbol of this hotel.

Without the slightest doubt, Ibiza Sun is the best place in ibiza to drink piña colada. Visit us and enjoy the best cocktails in our bar - swimming pool