The best beaches in Formentera

Your suite in Ibiza Sun Apartments is only 40 minutes away by boat from the best beaches in Formentera, some of which have made it to the lists of the most beautiful beaches in the Mediterranean and in the world. If you’d like to hop over to our neighbouring island during your stay with us, enquire at our front desk about boats to Formentera from Playa d’en Bossa and take note of the best beaches to lay down your towel.

Route of the best beaches in Formentera

This is without a doubt the most famous and instagrammed beach in Formentera. Not only because of its turquoise waters in pure Caribbean style (or even better), but also because of the shape of the des Trucadors peninsula: a long spit of sand that gets narrower until it practically touches the nearby islet of s’Espalmador. We suggest that you conquer your laziness and walk on the sand until you reach the last stretch, where you can choose to swim on both the western shore and the eastern one.

If you haven’t hired a car, go to this beach which is before Illetes and is only 2 kilometres (1.2 miles) away from La Savina harbour. It will be less crowded than the nearby beach but has crystal-clear waters for a perfect swim and a view of the coastline of Ibiza. If you wish, you can catch the regular L7 bus to the beach.

This beautiful natural bay surrounded by reddish cliffs is also one of the best beaches in Formentera, especially for travellers with kids. This is a good option for a swim after visiting the Cap Barbaria lighthouse, as it’s only a few minutes’ drive there.

Its 5 Km (3 miles) make it the longest beach in Formentera. This south-facing beach, with a rocky seabed in some parts, is mostly free of buildings, which means that there are many peaceful spots along the way. If you don’t want to get it wrong, go to the stretches called Ca Marí, Es Arenals and Es Copinar, that have a sandy seabed and the perfect place to swim.

At the end of Es Migjorn beach and at the foot of La Mola hill, you will find this small charming cove. You’ll love its fishing huts and the turquoise hues of its waters that make it a true natural pool. Given its small size and increasing popularity, it’s best to go during the low season or first thing in the morning or late in the evening. 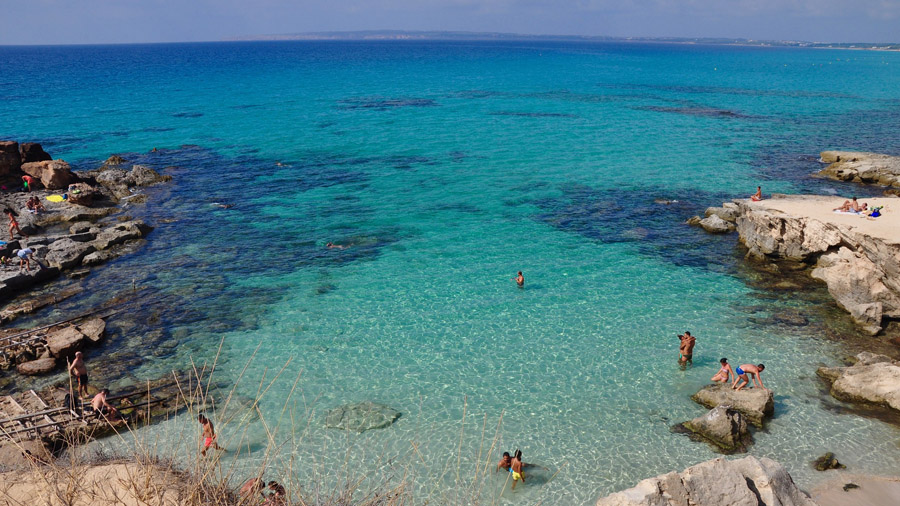 The small coves of Ses Platgetes

Around the small holiday area of Es Caló de Sant Agustí is this group of small coves separated by outcrops. Alternating rocky and sandy seabeds, this stunning corner with a view of La Mola cliffs is perfect for fans of solitude and a quiet swim.

What to see in Formentera besides its beaches

Depending on your interests, you may only want to be on a beach for a while after exploring Formentera. If so, don’t miss our post A day in Formentera and discover what to see on the island apart from its beautiful beaches: Sant Francesc de Xavier, La Mola lighthouse, Barbaria lighthouse, the salt flats... And don’t forget that the staff at our front desk will be delighted to help you if you’d like to know how to get to Formentera by boat, fares, the nearest place to Ibiza Sun Apartments to get the boat or where to hire a car, motorbike or bike when you get to Formentera. 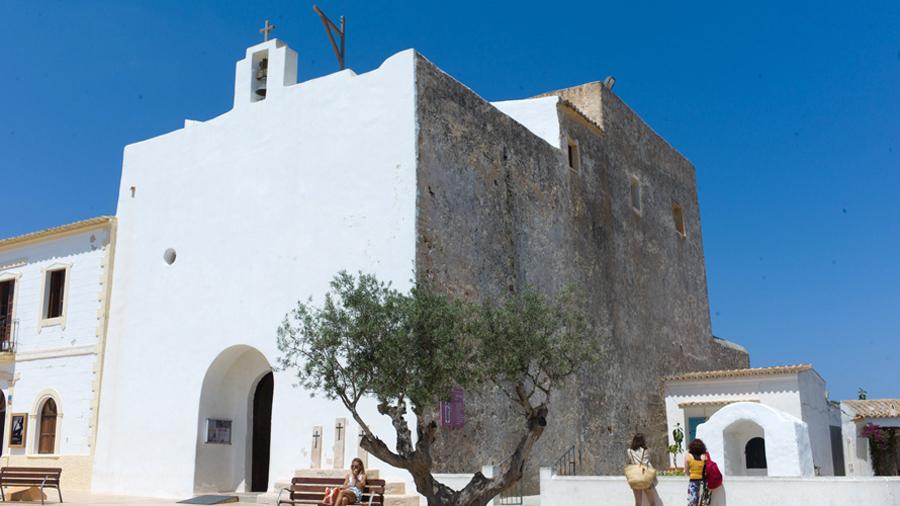 Check out our hotel with the 360º tour on our website and picture yourself enjoying your next holidays in Ibiza.

More in this category: « The best ice-cream parlours in Ibiza and Formentera Come to the closing parties in Ibiza 2019 and wave the summer off in style »
back to top