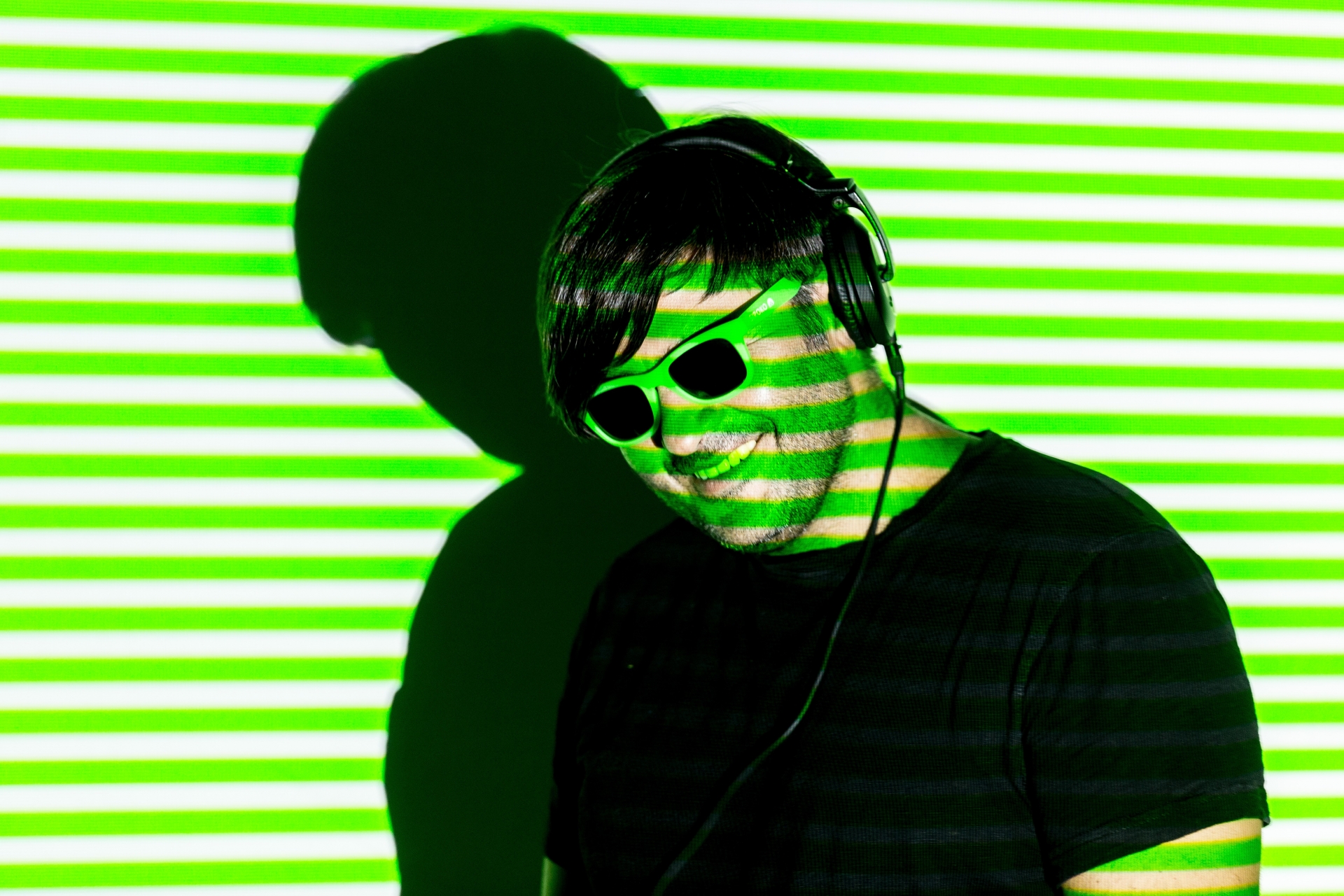 This summer, after 18 consecutive seasons of DJing and being part of the Ibiza scene, Wally López was honoured by the Ibiza Tourist Board as an ambassador for the island, an accolade that he says is ‘a great thrill.’ Ibiza Sun Apartments, the place chosen for him to rest prior to the ceremony, had the pleasure of welcoming him. He came through the door of the hotel and there he was, with a generous smile and wearing his trademark glasses, which, although a fashionable style today, and worn by many, still make him unique. I tentatively asked, ‘Could I do an interview with you?’, and without hesitation he replied, ‘Of course!’

Well known as a DJ, radio host, producer and Spanish entrepreneur, he is actually much more than all of that. He is also, and above all, an incurably curious person. At a very early age, thirteen to be precise, and driven by that curiosity to ‘see something and want to know how it was done,’ he began his journey along the music path. Wally, laughing, recounted the story: ‘I loved music and, one day, I took some vinyls and went along to a very bad radio station in Madrid, which was inside a church.’ A year later, he found himself at ‘the best radio station in the south of Madrid, which was inside a supermarket’ (more laughter) ... Since then, not only has his radio career been unstoppable, so has his love of taking music to unique places: after going from a church to a supermarket, he would later end up DJing for two summers in a row on a plane! – as part of the famous event, ‘I’m vueling to Ibiza’.

And just as he took music to unusual places, music took him around the world, to places that, he being of humble origins, he never imagined that he would ever have the opportunity of discovering. As a DJ, and an eternally curious person, what Wally most enjoys about his job is the possibility of travelling, getting to know places and continuing to travel. As he says, ‘the best thing that life has given to me is first my son, then travelling.’

Ibiza, the Mecca of electronic music during the summer, was one such destination that arrived in the life of this DJ through music. And it arrived for good, so much so that Wally says that the white island is ‘the place where I want to retire, where I want to see out my days.’ It may be surprising, but what Wally most enjoys about the island is not its nightlife and clubs, but ‘its laid-back atmosphere, family friendliness, tranquillity, local people, food, beaches... it’s just such a cool place to live.’ Visiting Cala Saladeta, savouring bullit de peix, the traditional fish stew of the island, in the summer or arròs de matança, a pork and rice dish, in the winter are some of the things that he most likes to do in Ibiza. But nothing compares to disappearing off to Formentera because ‘just sailing over to Formentera doesn’t take long but it’s still a journey’ – as he has such a curious spirit, even the shortest of trips are enjoyable.

And, to finish off, a curious fact about this inquisitive soul and his relationship with Ibiza: he says that the idea for his glasses ‘came from my curiosity and Ibiza.’ A while back, his friend, the DJ Erick Morillo, suggested that he find something distinctive to make him recognisable to Ibiza audiences year after year, and around the same time, Oakley suggested that he co-design some T-shirts. Driven by his restless mind, he rejected the T-shirts idea and, instead, came up with the idea of ‘glasses that nobody would ever want to wear’, and they could also become his trademark... The rest, as they say, is history.

Last modified on Thursday, 27 July 2017 17:30
Tweet
Published in News & Blog
More in this category: « Jump to the past Hï Ibiza: a new generation disco »
back to top